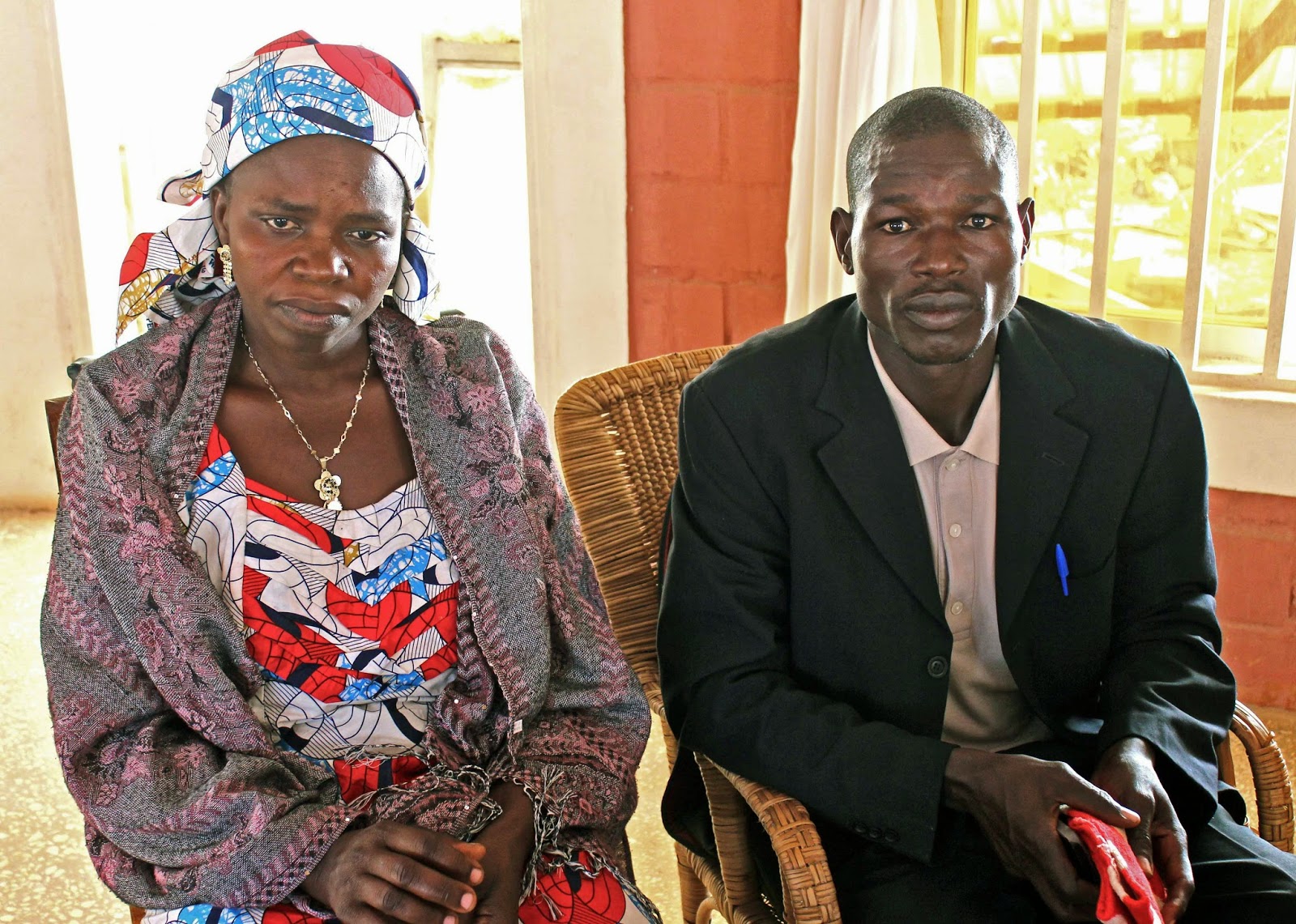 The news was alarming. B*ko H*ram terrorists would soon arrive in G*lak, a northern Nigeria city where Adam* ministered. A graduate of the ER School of Evangelism in Jos, Adamu felt called by God to live and work in the war-torn region in spite of the dangers.

In haste, Adam* and Cecilia gathered their five children together and charged their eldest son with helping them flee to safety. Though their hearts were torn, they felt they could not abandon their spiritual children who would need help if persecution came. 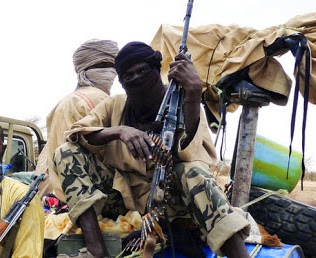 All too quickly, they heard men shouting, and it was apparent that they were searching for Adam* by name. They surrounded Cecilia and demanded to know his whereabouts, but he had already escaped, running through a corn field. Frustrated and angry, the terrorists left the home and continued their rampage.

For three long days the couple could not find each other. Finally, by the grace of God they reconnected and began a trek on foot for nine days. They traversed hills, valleys, and forests on a path to neighboring Cameroon. They ate grass, raw corn and peanuts. Their beds were piles of leaves under the stars. Along the way they fended off wild animals and were constantly on the lookout for violent gangs who patrolled roads and occupied cities.

Adam* and Cecilia constantly wondered about the safety and whereabouts of their children. It is not uncommon in Nigeria these days for children to be permanently separated from their parents. Hundreds of orphaned or separated children have been taken in and cared for by Christians, creating a crisis within a crisis. They gathered their courage and re-entered Nigeria to search for them.

The couple crossed the border, weaving their way around terrorist camps, and began to search near the city of Yola, where the family had last lived before moving to Gu*ak. Huge crowds of refugees flooded the city, and Adam* and Cecilia prayed fervently as they searched face by face, hoping to see the children. Miraculously, and beyond any reasonable hope, they eventually did find all five children and had a tearful reunion. Together again, the family continued on to Bwari, a town about 40 miles outside of Abuja.

Adam* and Cecilia are not wallowing in despair, although they lost everything but the clothing they wore when they escaped. They are thankful to God for reuniting the family and helping them to escape death. God is providing for their needs through the generosity of His people.

What are they doing? Adam* is actively involved in a newly planted church. He is fulfilling God’s call on his life in spite of all the upheaval! The couple believe that they have been spared from certain death so that they can continue working in God’s harvest fields, bringing souls to Christ and discipling them in their faith.

Government forces have re-taken G*lak from the control of B*ko H*ram, and are urging the couple to return following national elections which will take place in the next few weeks. It is likely that elections, no matter the results, will stir up even more violence.

Please join Evangelism Resources in praying for this precious family, and for the many other graduates of the Jos SOE who face similar dangers. Pray for the thousands of other refugees (most of whom are Christians), and for the Christians who remain in the north of Nigeria who yet suffer tremendous persecution.


“Please pay for me and for my Musahar people.”  This heartfelt plea came from one of the graduates of the Evangelism Resources School of Evangelism in the Indian State of Bihar on February 3, 2015. He was one of seventeen young men launched into the harvest fields after receiving nine months of training in evangelism and church planting.
Why was this young man pleading for his people?  The Musahar are among the neediest of all the castes of India.  In the local language, the name for their group is literally translated “Rat-eaters.” They subsist on very meager rations of food and can often be found scavenging in fields or dumps.
The founder of one non-governmental organization that works for the welfare of the community said "The condition of Musahars is the worst of the lot. Some of the lower caste communities work as bamboo artisans, cobblers or cleaners, but Musahars are unskilled laborers. This is the reason that they are the lowest rung in the caste hierarchy even in the scheduled castes."
India has provided assistance for “scheduled castes,” people groups recognized by the Indian Constitution to be especially disadvantaged because of their past history of inferior treatment. They are therefore entitled to certain rights and preferential treatment.
But there is one caveat—when a Musahar, or any other person from a scheduled caste, becomes a Christian they lose their government assistance. For many, this is tantamount to a death sentence. Most have no jobs, no income, no property…their survival is gravely threatened. The Church is rising to this task, pairing evangelism with financial assistance when possible.  Still, the challenges are daunting.
Into this vast field of need, this brave SOE graduate goes forth to witness and plant churches. He said, “I was much blessed during my days at the School of Evangelism. The Lord enlarged my vision for my people. I dedicated my life to work for the welfare of my people by visiting villages and teaching the Bible. I want to see thousands of Musahar people come to know the Lord. I believe that Jesus is the answer for all the problems that my people face and I believe that gospel will lift my people out of  poverty and blind faith.”
This young graduate is not alone. The Bihar SOE has embraced the paradigm of sending evangelists among Unreached People Groups for many years.  In fact, the 2015 graduating class represented five different people groups. The school is especially adept at training students to plant churches among oral learners (people who cannot read). This skill is vital to those who would work among the “lowest of the low.”
Please pray for this young man as he puts his training to use, returning to the Musahar people to shine the light of the gospel.

To learn more about ER’s Schools of Evangelism:

To sow financially into ER’s many ministries: