Some call the State of Punjab the “wild west” of India. At least part of that reputation comes from the ancient conquest of northern India by Babur and the rise of the Sikh religion in the early 1600s. Known to be a fierce and proud people, Sikh through the centuries have endured great turmoil and conquest by many invading armies.

The British designated the Mazhabi as a “martial race,” deeming them naturally warlike and aggressive in battle. They lauded the Sikh qualities of courage, loyalty, physical strength, resilience and orderliness. Sikh warriors were known to fight tenaciously and devise clever military strategies.
The Sikh religion emphasizes the equality of all people, and they reject discrimination based on caste, greed and gender.  Sikhism is monotheistic, and adherents believe that all religions are equally valid and capable of bringing enlightenment to their followers. 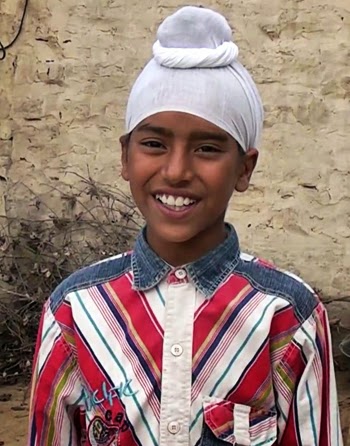 Although Sikhism teaches equality, the people live in a Hindu nation, with its caste system, that greatly affects them culturally. Once a mighty empire, many Sikh tribes today live in poverty. Among them are the Mazhabi Sikh of modern-day Punjab. They are considered to be the “lowest of the low” in relation to other people groups, known as an “untouchable” caste. They are denied contact with other people groups and have only limited access to education and resources many Indians take for granted. The government has recognized the Mazhabi as a “scheduled caste,” meaning they are given advantages through India’s program that resembles Affirmative Action. Still, poverty and illiteracy remain rampant among them.
Building upon that foundation, the Schools of Evangelism (SOEs) in Punjab and Haryana are reaching out to the Sikh. The Mazhabi have been adopted as one of ER’s “Unreached People Groups,” and a team, consisting of nine people, is already praying that they will be reached with the love of Jesus Christ.
A recent e-mail from our Punjab/Haryana SOE Director reports progress among the Mazhabi Sikh and two other Sikh tribes, the Jat and the Rai.  Among the Mazhabi, more than 2.6 million strong, students and graduates of the SOE have undertaken evangelism in 75 villages, with 240 accepting Christ! 82 have been baptized, and two Portable Bible Schools have been held to train lay leaders. Eleven Mazhabi have been trained at the SOE, and five of them are now working among these precious people. 24 cell churches are meeting, with an average of 10 people each. 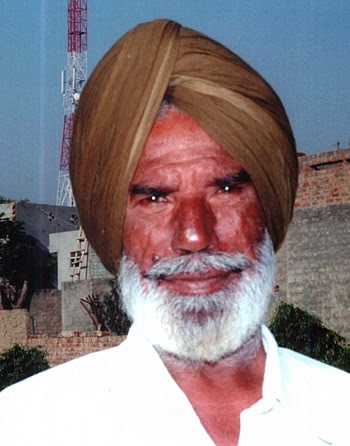 These reports are only from one SOE! We know of at least one more SOE that is engaging the Mazhabi with the gospel. These encouraging numbers underscore the importance of ER’s Unreached People Group emphasis. As God’s people pray, He will continue to open doors for ministry! The Joshua Project website lists the Mazhabi as “unengaged.”  When reports of these efforts of the Punjab and Haryana SOEs are given, their status will change—ER’s partners are engaging the Mazhabi!
Would you like to join the prayer team for an Unreached People Group like the Mazhabi? Perhaps your small group or Sunday School class would join you! Send an e-mail now to eroffice@qx.net. If you would like to see a listing of the fifteen groups being adopted by ER, visit our UPG page on our website at: http://www.erinfo.org/viewNavMenu.do?menuID=130 .

If this message has touched your heart, share this blog by “liking” it on Facebook or sending a link by e-mail to this page.
Posted by ERAdmin at 12:19 PM