A Message Without Words 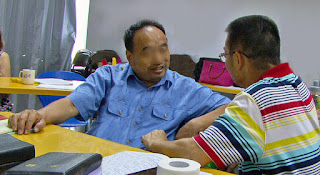 Peter* stood out among the Portable Bible School trainees in China. Steve was first impressed by the man’s stature; though not very tall, the pastor had a stocky, muscular build that exuded strength. He was a fruitful shepherd of God’s flock, pastoring a family church network numbering more than 2,000 believers.
The PBS training consisted of marathon 12-hour days. One day, Steve noticed tears streaming down Peter’s face. Steve could not ask what troubled him without an interpreter, but as the day went on Peter recovered, and Steve did not feel led to inquire about him, trusting that God had met his need.
The next day, Peter approached Steve clasping a piece of paper in his hand. Touching Steve gently on the arm, he showed him the message, which consisted of four images he had drawn.
The first was simple numbers: 9-11. Because of the intensity of the PBS training, it had not occurred to Steve that the prior day had been September 11. The significance of that date in American history immediately came to mind.
The next image, though crudely drawn, could clearly be recognized as a broken heart. Peter tapped his own chest, covering his heart, and then reached over to do the same to Steve. Hearts connected.
Glancing at the paper, Steve could see a third image. Two eyes wept. Tears then filled both men’s eyes as a message of compassion was sent, received and understood without an exchange of words.
The fourth image cemented a relationship  formed in Christ. Pointing to the praying hands he had drawn, Peter then clasped his hands together in prayer.
The Word of God says that the Church of Jesus Christ is one body, and “if one part suffers, every part suffers with it” (1Cor.12:26). Peter’s compassion for Americans hurt by the terrorist attacks of September 11 illustrates that truth in a powerful way.
The challenge to Americans who are also a part of that body is to ask ourselves if we are affected to the point of tears when we think about the suffering of Chinese Christians like Pastor Peter. Hebrews 13:3 exhorts us, “Continue to remember those in prison as if you were together with them in prison, and those who are mistreated as if you yourselves were suffering.”
Pastor Peter and the Chinese Christians risk imprisonment for the cause of Christ. Many Chinese Christians have been jailed, and some remain in bonds.

Join us in praying for them: 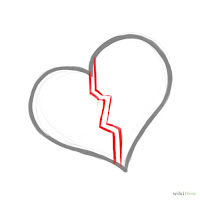 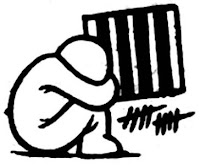 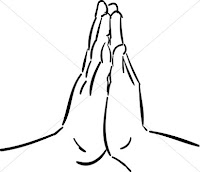