Nakusa was frightened. Only eight years old, she had been torn from her mother’s arms and placed in the care of the Hindu priests at the local temple. Confusing, horrible things had been done to her and she had no idea why. More than anything she wanted to return to the life she had known, but there was no going back.  Now she was devadasi.

Thousands of young girls in India are still subjected to the practice of Hindu temple prostitution. Although the custom has been officially outlawed by the government since 1934, old ways are hard to eradicate from a culture pervaded by them. When economic pressures come to bear on the families of young girls, they see the devadasi custom as an acceptable escape.

The name “Nakusa” in Marathi (the language of Maharashtra, India) literally means “unwanted.” (Recent news stories told of thousands of young girls with this name seeking legal means to change it.) The financial burden of a dowry necessary for marriage is unattainable to many poor families. Girls are seen as a liability, especially if they are the first-born. If there are no sons in the family, girl children may be dedicated to devadasi life, and the income from their prostitution then becomes the family’s livelihood. Property rights are also ensured by the status of the girl, who is considered a “son.”

The term devadasi  literally means God’s (Dev) female servant (Dasi). Considered to be given in marriage to the gods, she is never eligible for marriage. She provides “services” to the priests and other men of money and power in the villages, and these acts are considered sacred. Even if she should somehow escape the lifestyle, or if she ages to the point that she is no longer considered desirable, society will not accept her. She is condemned forever to a life of rejection, sexual abuse, poverty and disease. There is no escape. 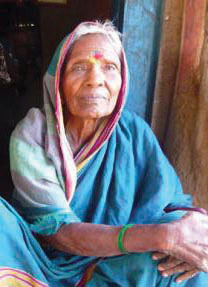 Except…. Many Christian ministries have begun to reach out to the devadasi with the love of Jesus, and Evangelism Resources is one of them. The Director of the ministry in the state of Karnataka, and those trained in the School of Evangelism there, have been moved by God to bring hope to thousands of women who are actively or formerly bound in slavery as devadasi.

As this blog entry is being posted, a conference attended by thousands of devadasi is being conducted in a remote village, whose location is not being disclosed for security purposes. Government officials have sanctioned this outreach, even though they know it is Christian, because of the “political correctness” of trying to outlaw temple prostitution.  The theme of the conference? “You Are Precious!”

Can you imagine the life-changing truth of the gospel for a woman like Nakusa? There is no condemnation for those who are in Christ Jesus (Romans 8:1). If anyone is in Christ, he (she) is a new creation. The old has passed away, the new has come (2 Cor. 5:17). Do you know that your body is a temple of the Holy Spirit within you, whom you have from God? You are bought with a price (1 Cor. 6:19), but not the price of an abuser… you are bought with the blood of Jesus and set apart for life as His bride (Rev. 22:17).

It’s hard to imagine the gospel of Jesus Christ being better “news” to any other people group! Will you pray as the conference takes place right now (through October 18) and in the following days and weeks, that many thousands of women will be set free from their bondage, receive new life in Jesus Christ, and learn how to share this wonderful news with others who are yet in slavery?