Pastor Sadavir Patel (not his real name*) hides from the police in a darkened room, lost in contemplation. He wistfully thinks of his wife, whom he married only six months earlier. He aches to be with her, to resume his life and ministry, but at this point, no one knows when that will happen. 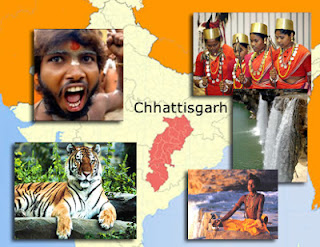 Patel’s journey to this moment began in 2006. A student at the ER- sponsored School of Evangelism (SOE) in Chhattisgarh organized an evangelistic meeting in Patel’s remote village, which he and his parents attended. Ministry to his family continued for two days with prayer and fasting for deliverance from the bondage of sin. Breakthrough finally came, and Patel and his family accepted Christ. They were discipled and received baptism…  and then persecution began. His entire family was excommunicated, uprooted from their home and forced to move. Yet the hardships did not deter Patel or his family from pursuing their new-found faith.

Two of Sadavir Patel’s sisters enrolled in seminary, and he attended an ER Portable Bible School. Later he decided to enter the SOE for more training. While there, a burden began to grow in Patel’s heart to return to his home village to proclaim the good news of the gospel of Jesus Christ.

Patel made only very slow progress. But as his former friends and acquaintances heard the Word of God, they also began to be delivered from demon possession and sickness. When the power of God began to flow, Patel found himself once again a part of the fabric of social life, accepted where once he had been rejected.

But Satan is never idle. Opposition began to come from Hindu militants. They contend that, especially in rural areas, people are lured, forced, or fraudulently enticed to convert to Christianity.  Preaching the basic Christian doctrine of eternal life is enough to be charged with “enticement.”  In Chhattisgarh, which is less than 2% Christian, Hindus have enough political clout to enact laws aimed at stemming the tide of people receiving Christ. Anti-conversion laws are a powerful deterrent to Christian evangelism, and conviction carries a potential sentence of a fine, a two-year prison sentence, or both. Recent political developments include attempts by Hindus to strengthen these laws, and increased enforcement has led to increased persecution of pastors like Patel.

Patel’s success in winning his former neighbors to Christ put a target on his back. Eight people lodged false complaints against him with the police, and in September of this year (2012) he was arrested and jailed for fifteen days. The SOE Director and other believers posted bail and got Patel released, but Hindus responded by lodging new charges. When he learned that another arrest was imminent, Patel went into hiding until arrangements for a second bail can be approved.  He also bears a burden of isolation, since being accompanied by his bride would make him much easier to find.

The Church is responding in love, supporting Patel and his family financially. Meanwhile believers are warring on their knees for Sadavir Patel and another local pastor who is being similarly persecuted. Ramping up the pressure, Hindu militants have now targeted the SOE Director himself, who must be approved by the High Court for bail by the end of November or go to jail.  The Director wrote to us just last week, saying, “The Lord, who has always been good to us, will be clearing the way for us now in this trouble. If it is His will that we should be in prison, even for the wrong reasons, we are ready.”

Such amazing courage in the face of persecution is common among many of Evangelism Resources’ partners in ministry overseas. Will you join us in supporting these dear brothers in prayer and asking God to move mightily in and through them?

*This pastor’s real name has been withheld for security purposes.

Learn more about the ministries of Evangelism Resources at our website:  www.erinfo.org
Posted by ERAdmin at 12:18 PM