The greatest command given by a general in the field was given by Christ when He called on us to go into the world and preach the gospel to every creature. On that day He called on His Church to make war, not on flesh and blood, but against principalities and powers in heavenly realms. Although He promises complete victory, it will require more than we have given in the past.  Unreached People Groups (2.9 billion people) remain the single largest objective in achieving victory and the completion of the Great Commission.  We must not minimize the commitment we will be called on to make to reach these people groups.  It will take some lifestyle changes that will include ongoing, continual sacrifice. It will take a wartime mentality. Are we ready to start living as though we were truly at war? 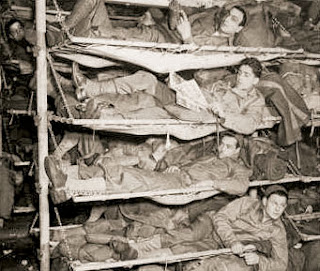 An article on the Joshua Project website (http://www.joshuaproject.net/assets/articles/a-wartime-lifestyle.pdf ,  makes a comparison between peacetime and wartime, drawing from the true-life account of the Queen Mary, an ocean-going luxury liner which served as a troop carrier during WWII.  Today the ship is a museum, featuring two views of the dining room: one during peacetime, with elegant furniture, dining ware, and silver for its upper-class travelers; the other during war, arranged for soldiers, with dented tin eating trays and multi-tiered beds to pack in as many soldiers as possible. Our country and many others sacrificed greatly in the fight against fascism and dictatorship.
In an even greater way, the Church is at war, fighting not for democracy or any man-made system, but for the eternal souls of men and women for whom Christ died.  Thus we are asked by Christ to take on a wartime mentality (Luke 14:33); we must change the way we think and the way we live. We must make the necessary sacrifices and do whatever it takes to complete the task, depending on God’s power and enabling.  Missiologist Arthur Glasser writes, “Has any leader ever confronted so small a group of followers with so huge and comprehensive a task? A truly impossible task if it were not for God.” 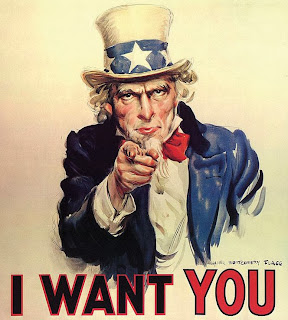 Phil Bogosian recommends five priorities in reaching the unreached:   1. Model wartime stewardship, giving all we can to missions.  He suggests living on a missionary salary, donating the remainder of our income to world evangelism.  2. Become an intercessor.  Pray for missionaries that we or our church supports. I would add to pray for Unreached People Groups (UPGs)   3. Join up.  During WW II posters everywhere reminded citizens that “Uncle Sam Wants You.”  Today God is calling us in the same way. We can write to our missionaries and let them know that we are praying for them, encourage our churches to a greater commitment, or open our home to prayer meetings. Go to the unreached right in our neighborhoods. 4. Enlist others.  We can call on our friends and families to pray, to go on mission trips and to give.  5. Focus. Our culture moves at a frenzied pace but we must not be distracted; rather we must focus on the end goal – the total evangelization of the world and nothing less.
I’d like to place these five suggestions alongside a program we are developing that will continue, Lord willing, until the year 2020 and beyond.  There are about 16,804 people groups in the world today.  Of these, 7,289 remain unreached.  The majority of these Unreached People Groups (UPGs), 85% to be exact, live in the 10/40 window. Of the 100 highest populated UPGs, 47 reside in India.  On the Indian subcontinent we have been privileged to work alongside directors of Schools of Evangelism in Andhra Pradesh, Bihar, and Jharkhand who have actually participated in taking some of those UPGs, including the Banjaras and the Santals, off the list. We are currently targeting twelve of the remaining UPGs listed in the box accompanying this article. There is another box on the back page which maps out the program we hope to follow over the next seven years in planting a reproducing church in the midst of each of these UPGs. Please pray with us that, one by one, all of these twelve UPGs will become RPGs – reached people groups. Pray with us as we try to enlist churches, small groups, and families to choose and “adopt” a UPG for special prayer and involvement. Consider, as did our parents and grandparents, did a generation ago, to sacrifice for the cause. They did without essentials such as sugar, coffee, tires and gasoline as it was rationed. What can be done without now to contribute to the advance of the Church among the 2.9 billion that make up the UPGs? 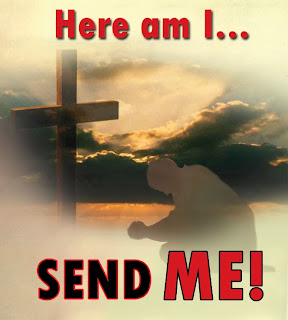 Is there anything greater upon which you can spend your life?  “Unconditional surrender” was the objective in WWII as the Allies took the offense against the powers waging war on the free world. A far more powerful and dangerous force continues to trap and enslave billions of men, women, and children.   We are warned, “Be alert and of sober mind. Your enemy the devil prowls around like a roaring lion looking for someone to devour” (1 Peter 5:8).   In spite of this truth which accurately describes our enemy, Jesus promises us that the gates of hell will not stand against the onslaught of the Church (Matthew 16:18).  We can join those who are taking the offensive, embracing that wartime mentality as we advance with Christ as our commander, to bring life and liberty to all who believe.  Uncle Sam called out to our parents and grandparents to join in the effort in the 1940’s. Jesus, not a paper poster, but the living God, calls for us to enter the fray for the souls of men and women. We at ER are hearing his call more clearly and we ask you to join us as we say yes to the Great Commission and bring glory to God the Father.
- ER President