The Blood of the Martyrs


In July of this year, D____ was murdered for his Christian faith by a group of radical Hindus, hung from the rafters of his own home while his wife was forced to flee. This chilling story roused concern, prayer, and support for his young widow, who was nine months pregnant at the time of the murder.  You may read the former blog by clicking here.
Second-century Church father Tertullian famously wrote, “The blood of the martyrs is the seed of the Church.”  The history of the early Church illustrated this fact—persecution, even killings, served only to fortify the faith of believers and caused the church to grow even more rapidly.
What was true then is true even now.  Recent news from Odisha tells, as Paul Harvey used to say, “the rest of the story.”  S_____ (name withheld to protect her from further persecution) refused, even in the earliest moments, to recant her Christian faith. Though she and her husband had only been Christians for less than a year, S____ insisted on a Christian burial for him.  Family and neighbors pressured her to follow Hindu tradition: anyone killed by hanging must be cremated.  Indeed, this was likely the intention of the murderers when they chose that method of his death. 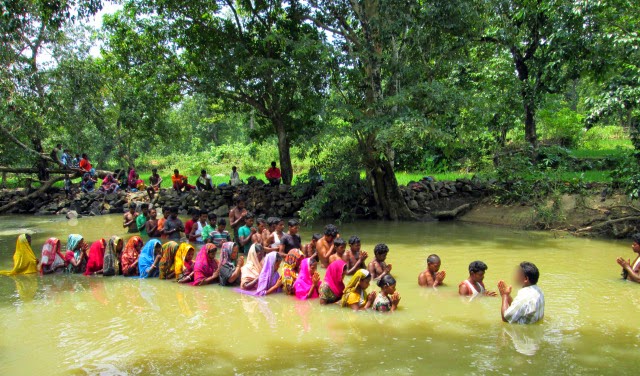 An intrepid pastor conducted a Christian funeral and burial, which certainly inflamed the ire of some Hindus. But others, touched by her tremendous courage, must have wondered what would make her so staunch in her beliefs.  As is often the case, that curiosity provided an opening for the gospel message.
To date, 40 people have professed faith in Jesus Christ and have received baptism!  This is in contradiction to the intent of the Hindus to intimidate and stamp out Christians in the small village. A vibrant church has been planted, and worship is now being led by their pastor, a graduate of ER’s School of Evangelism in Odisha. 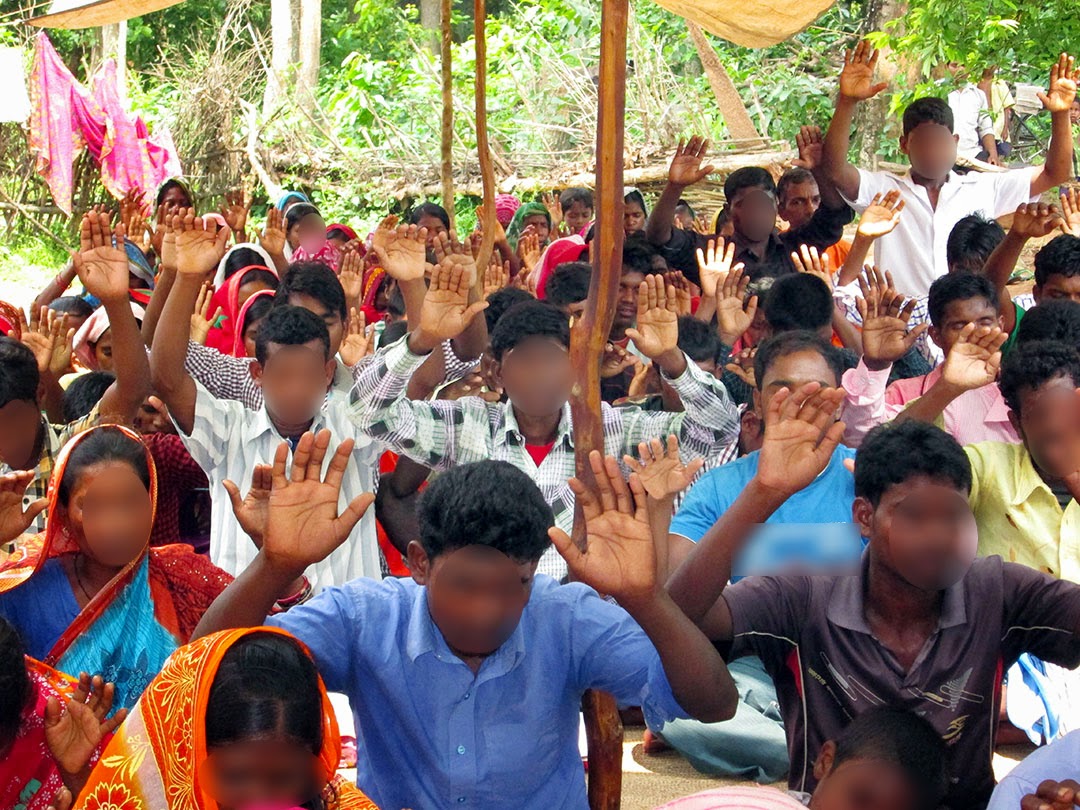 S______’s faith, her courageous obedience to the cross, and her stalwart testimony has brought transformation to the lives of many people and the light of the gospel where once there was only darkness.  Will you join Evangelism Resources in supporting S______ and this fledgling church in prayer? Pray for protection as they continue to stand against the onslaught of hatred from persecutors, and pray that even some of the murderers might come to faith in Christ.
Posted by ERAdmin at 12:26 PM